Do you like to be inspired? Do you enjoy uplifting, positive and outgoing people? I know I do, and this weekend was PACKED with exactly those types of people.

I participated in Elevate2013  which started Friday morning at 7:30am with check-in. The program then officially took off at 8:30am and continued all day with a minimum of breaks until 11pm. Many people would then think: “Holy …, that was a long day”, but it had only just begun. You see, the program continued Saturday morning from 8:30am until 22pm and Sunday from 8:30am to 7pm. After about 40 hours of massive inspiration and endless meetings with truly amazing people I’m now trying to sort and digest all the information I got.

During the seminar we had presentation from several international and Nordic speakers, and I would like to mention some of them here.

Brian Mayne was perhaps the most authentic and grounded speaker of them all. He talked about Goal Mapping and about Shining (Basically, abandoning the Nordic ‘Jantelov‘). Goal Mapping was something I looked forward to, but did not know much about. It was probably also the presentation that I gained the most from at my current place in life, so I think I will write a separate blog-post about that later.

Brendon Buchard has skyrocketed his career and is now richer than rich and he gave lots of good information on how to market yourself in the new age of the internet where Content is Marketing, as he says. He was so energetic that it actually mattered less what he said on stage; I would still be impressed with his performance. But the truth is that he did actually say many good and inspiring things. What an energy-bomb.

Janet Attwood created ‘The Passion Test’; A prioritization system that helps you figure out what you are truly passionate about. In Janet’s presentation, I volunteered and came on stage where we used my Passion Test as an example. That was fun 😉

Keith Cunningham was the Business Guru

Keith Cunningham was the Business Guru at the seminar. At 63, he probably has more business experience than most other and he delivered the message brilliantly. He talked about the right business mindset, what (typical) mistakes not to make and gave some excellent stories on business and relationships combined.

At events like these, you can end up spending lots of money on additional programs that the speakers offer. It seems like there is always a higher level, a more advanced course where you go deeper than in the current. I had however decided to draw a line in the sand so I did not commit to joining any other events in the near future. One exception, however, was Elevate 2014 which we could get for a spectacular price and I figure that in one year, I would definitely enjoy another weekend packed with inspiration, tools and fantastic people.

I look forward to sharing some of my learnings from the event here on the site in the following weeks. But before I end my little update, I have a challenge for you. It is something I have done for quite some time and it seems like I cannot not do it. We’re talking about smiling here. In particular, we’re talking about smiling at strangers. My challenge to you, if you dare, is to smile at three strangers everyday, for a week to start with.

How ever it might feel, I promise you that after a week, you will have spread lots of good energy, but even more importantly you will have GAINED a lot of energy.

Are you up for it?
Let me know in the comments below. I will do a post later about why this matters and works – even for those who really don’t like to engage with strangers in the first place 🙂 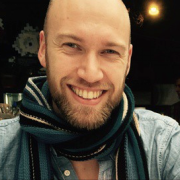